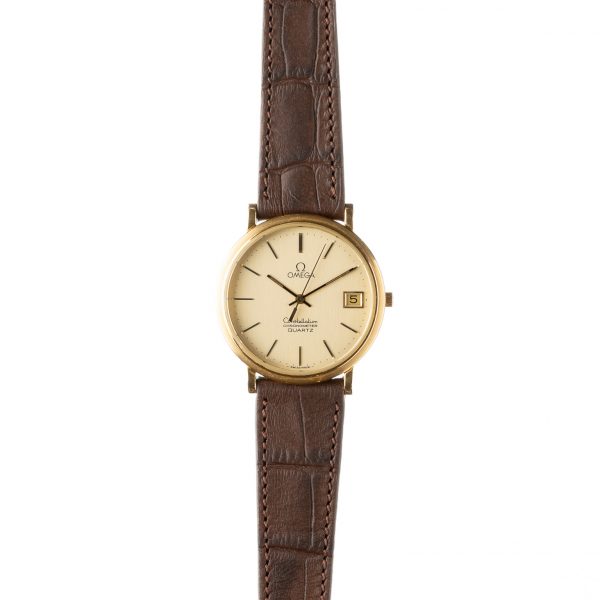 Omega was founded in 1848 by Louis Brandt in La Chaux-de-Fonds, Switzerland. The company has a long history of producing high-quality watches, and is perhaps best known for its role as the official timekeeper of the Olympic Games. In recent years, Omega has continued to innovate with new technologies like their co-axial escapement movements.

The Quartz Crisis of the 1970s and 80s had a major impact on the watch industry, and Omega was no exception. In an effort to stay competitive, Omega introduced the Constellation Chronometer Quartz in 198.0126 with a 1333 movement. This unisex watch was ahead of its time and quickly became a popular choice for those looking for a reliable and stylish timepiece.

Today, the Omega Constellation Chronometer Quartz 198.0126 is still a popular choice for those looking for a high-quality watch. The Quartz Crisis may be over, but Omega’s commitment to quality and innovation remains stronger than ever.

The Omega Constellation Chronometer Quartz 198.0126 is a beautiful and elegant unisex watch. The watch features the 1333 Quartz movement with a chronometer-certified accuracy, making it one of the most accurate watches on the market. The case is made of gold-plated stainless steel and is 34mm in diameter, while the lug width is 18mm wide. All in all the watch is in very good condition.

This watch would be a great choice for anyone looking for a quality Quartz watch from a brand with a long history of excellence. If you’re looking for a reliable and stylish watch, the Omega Constellation Chronometer Quartz 198.0126 should definitely be at the top of your list.