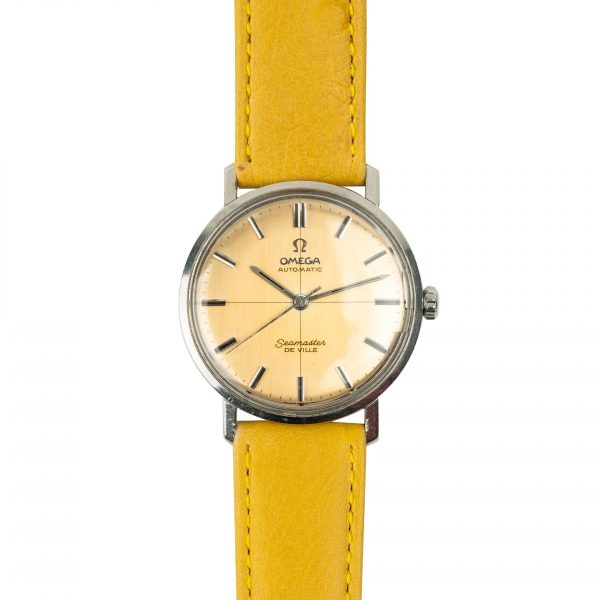 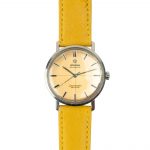 This special Omega Seamaster De Ville was made in 1964 and houses the automatic 552 movement. With a beautifully patinated Dial turned into a champagne yellow color combined with a rare crosshair dial this watch is truly amazing. Instead of tritium lume this watch features onyx filled markers creating a pretty and luxury look. Furthermore this watch has an applied Omega logo and letters creating that extra touch of detail. The 34.5mm stainless steel case is in excellent non-polished condition with a minor scratch on the caseback.

back to 1948, the birth year of the Seamaster CK 2518. The model, when released, was to be a tribute to the 100th anniversary of the company. What made the Seamaster revolutionary at the time was its use of a rubber gasket for its water resistance. The technology was the same used in submarines at that time and remains in use even today.