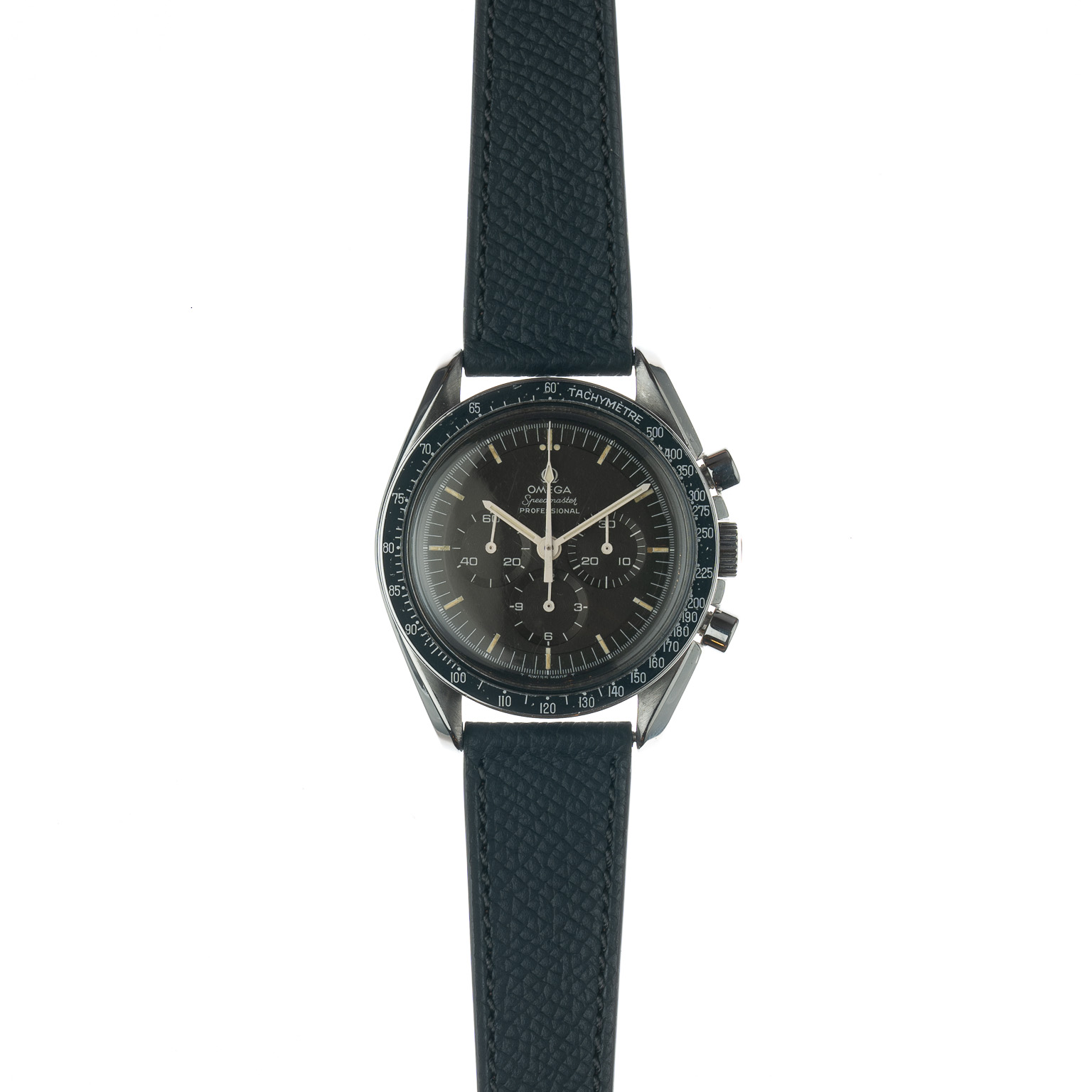 The Omega speedmaster, also known as the ´Moonwatch´, has always been the most iconic watch made by Omega. When the 42mm beast made it to the lunar surface on the wrist of Buzz Aldrin and Neil Armstrong the watch withstood the pressures and forces brought upon it and thus became the first watch worn on the moon. The amazing Speedmaster we are offering here is a gorgeous example of an Omega Speedmaster Professional 145.022-69 from 1970!

The watch is in top condition, this means that the Speedmaster 145.022-69 has no flaws and/or damages, and natural wear marks, it comes with the famous and rare DON (dot over ninety) bezel. The dial is a beautiful stepped dial in deep dark brown.

After the Apollo XI mission in 1969, the Omega Speedmaster became forever known as “moonwatch”. The Speedmaster line is known by all watch lovers and Omega’s favorite piece of marketing 😉

The Speedmaster is an amazingly all-round watch, that wears very light and classy with its 42mm case.