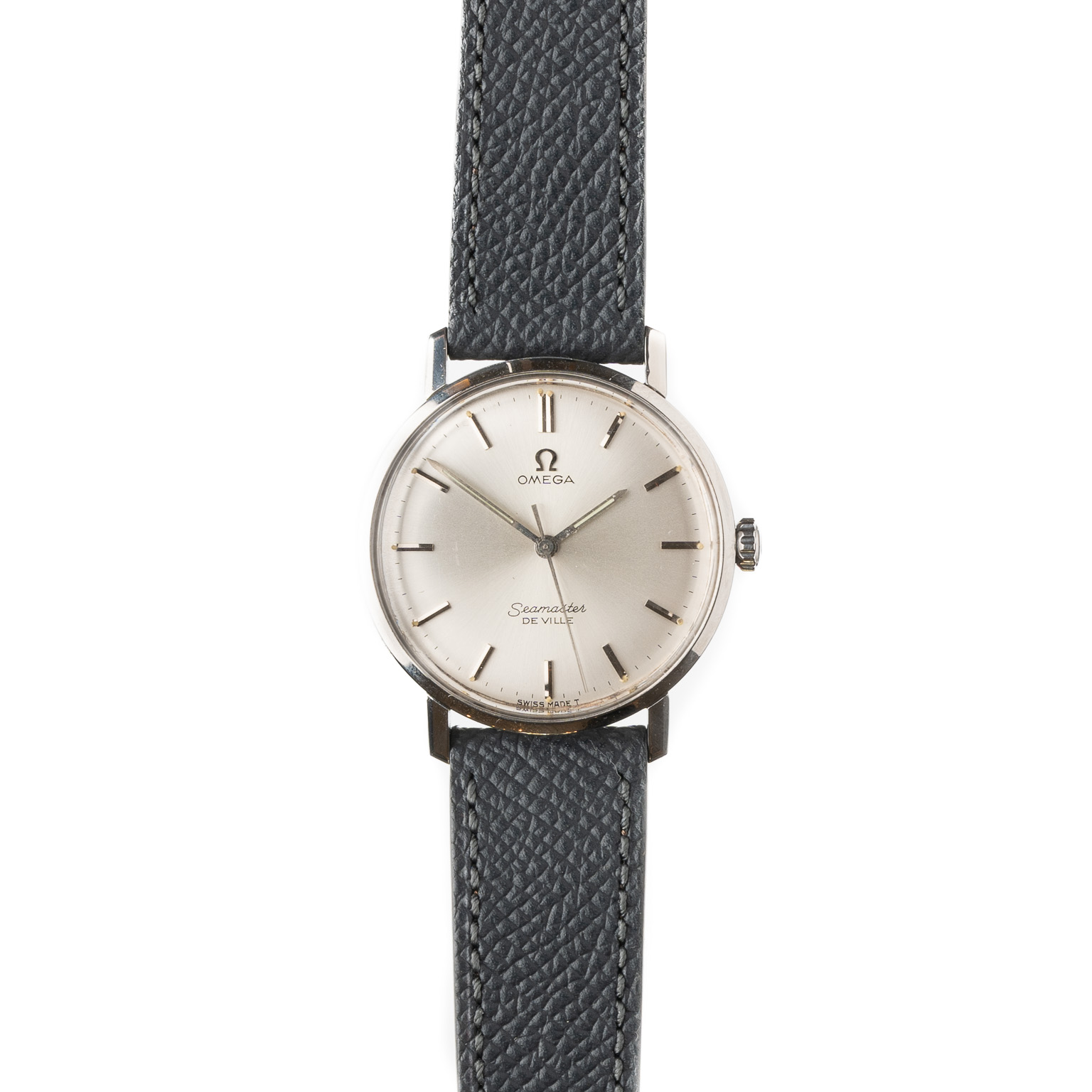 Omega is a Swiss luxury watchmaker founded in 1848. The company has a long history of innovation and has been associated with some of the most important moments in human history, including the first moon landing and the Olympic Games. Today, Omega is one of the world’s leading watch brands, known for its elegant and precision-crafted timepieces.

The De Ville line was first introduced to dials of Omega watches in 1963 when it was an addition to the Seamaster line. These first De Ville watches were double-named with the inscription ¨Seamaster De Ville¨ and stayed that way until 1967 when the De Ville line officially became a watchline of its own. The special watch we are offering today is a transitional model from the 1960s with a double-named dial, a rare bird!

The Omega Seamaster De Ville 135.020 is an elegant, precision-crafted watch from the 1960s. It features a white dial with intact lume plots and a warm patina. The stainless steel case is 34mm in diameter and houses the Omega caliber 601 movement which is a reliable and well-known movement. This watch is a rare find and would make an excellent addition to any collection.